We visited Singapore in August 2016. Part of a longer trip to Hong Kong, Borneo and Singapore

We had pretty much two full days in Singapore and I would say for an adults-only trip that is long enough. Maybe a third day but no more. Friends with younger families have said Sentosa Island with it’s busy beaches and attractions is worth a few days but this didn’t appeal to us.

To say you can ‘do’ Singapore in two days is not to belittle it’s delights – it’s a lovely clean beautiful city with fantastic architecture and interesting friendly people – but it is small. 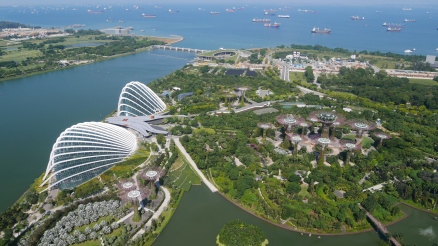 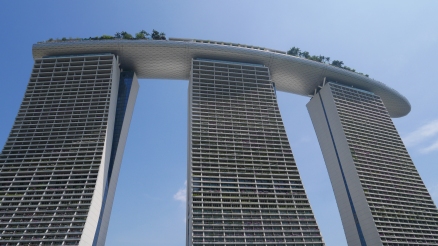 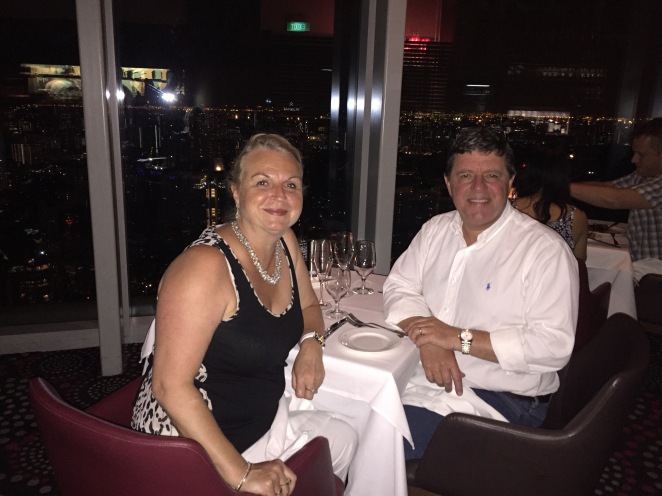 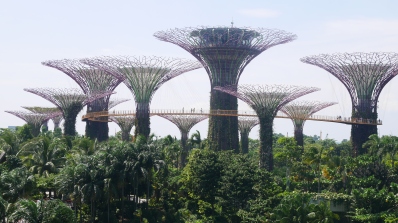 We landed at the International Changi airport which is on the island and no more than 30 minute cab ride from anywhere else. Decorated in tans and browns it could be from a scene in a New York 70’s cop movie although the large signs saying ‘Mandatory Death Sentence for trafficking drugs’ is a bit daunting. It makes you double-check yourself even though the hardest thing you’ve had in the last three years is a packet of Sharp’s Extra Strong Mints.

We did the Hop-on Hop-off tourist bus thing as it’s a quick way of ‘getting the grip’ of a city without wasting time on stuff you don’t want to do. We also use the Berlitz pocket guides, they can be very good and they’re cheap.

The leg around Marina Bay is most interesting and takes you to the awesome Garden By The Bay of which, more later. We ended up picking the leg into China Town and is well worth doing for the shopping. Touristy but interesting. Keep an eye out for a very Chinese department store for an other world experience. We misjudged our timing and missed the last hop-on-hop-off and for some reason started to walk back to the hotel in the sweltering heat. Finally, and with tempers frayed, we caught a cab thinking why on earth didn’t we do this before! The cabbie was a mad Japanese guy who insisted on showing us a ‘proper’ Japanese video on his phone idolising the destruction of the Yamato battleship while laughing at us for being in the sun shouting ‘you look like prawns!’ Bizarre.

In the evening we had a really nice steak – best steaks we’ve ever had – but not cheap. The Wagyu is incredibly expensive but the Aussie marbled offering are so tasty. There are a number of restaurants to choose from but be prepared for a big bill! Some of these places are booked weeks in advance so get googling.

We had an early-ish start planned for a day sight seeing with an evening flight back to London. Following breakfast we left our luggage with reception and hopped on the bus to the Marina Bay Sands complex. The three skyscrapers are topped with what looks like a boat but is in fact a restaurant and swimming pool. At the bottom is a huge atrium which you walk through in order to get to the Garden By The Bay. You feel like you’ve walked 200 years into a utopian future with two beautiful ‘domes’ housing a desert environment and a tropical one. Outside are the huge supertrees, vertical gardens that seem so strange. Apparently they are just as interesting at night time. 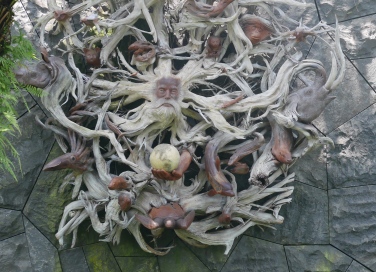 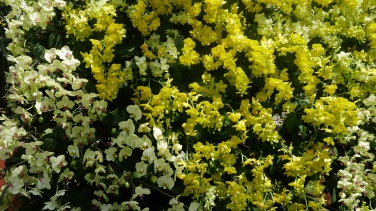 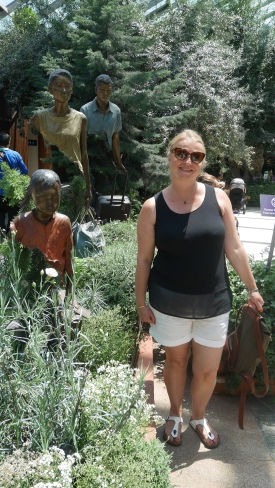 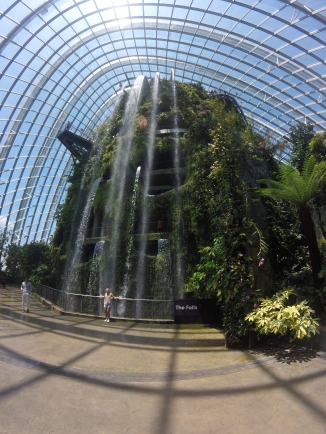 We decided to have a light lunch pool side at the top of the hotel and while the food was mediocre the experience was unforgettable.

Afterwards we took the good old hop-on hop-off to the nearest stop to the famous Raffles Hotel for some afternoon tea. 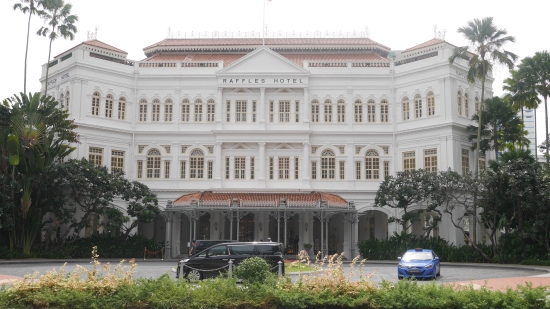 More sophisticated than Hong Kong but a bit sanitised. We will go back.

One thought on “Singapore”