We took The Blue Train (http://www.bluetrain.co.za/) from Pretoria to Cape Town. It’s an early start with departure at 8am. Helpfully The Blue Train will book you the previous night at the nearby Pretoria Sheraton at no extra charge. They also include a free transfer from the hotel to the station.

The Pretoria Sheraton is the obvious hotel to stay in the night before boarding The Blue Train as the train ticket includes a complementary over-night stay there.

Review : The Sheraton was everything you would expect it to be. On the plus side comfortable bed, clean fresh bathroom, reasonable food, good prices. On the minus side the slightly impersonal feel of a business hotel. On the whole; good.

I ventured out to an ATM but felt a bit intimidated so was given an escort by the concierge – the smallest guy in the world – down to the local supermarket. Don’t go to a normal ATM we’ve been told it’s not safe. Other than that we did not go out and we would not have done so without being part of an organised tour.

An early start with coach or taxi taking you to a nice private check-in room at Pretoria Station where you will be served beverages. In fact, we had in-room breakfast at the hotel delivered at 06:15. 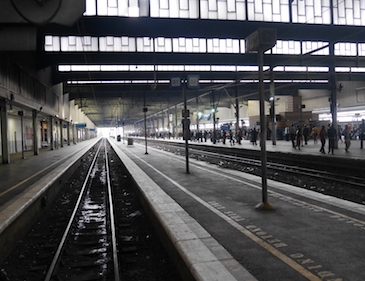 When you climb aboard the train it’s like stepping back 70 years into a world resplendent with beautiful warm woods, elegant brass  fittings and stone surfaces. Every carriage is air-conditioned and there is only really one word to describe it: luxury. 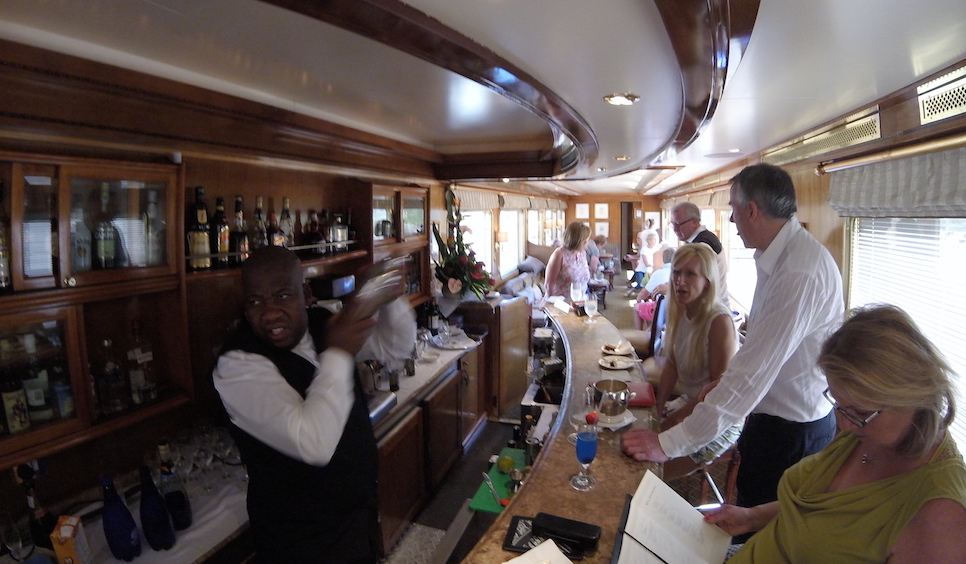 We boarded the train about 08:30 and rendezvoused in the cocktail bar 15 minutes late for our first glass of champagne!

We were informed by the train manager that there had been a derailment so train’s route was changed and unfortunately we would not be able to stop at the Kimberly mines later that afternoon, which was a bit of a disappointment but we didn’t mind that much as there was a very friendly international crowd on the train and it promised to be good fun.

While the train slowly meandered through the outskirts of Pretoria and the Johannesburg we got ready for lunch. All the food we had on the train was excellent as good as the best meals we experienced of South Africa.

An excellent wine list too. After lunch we had a well-earned snooze which took us through to the late afternoon. The train manager, as mentioned earlier, was very chatty and happy to tell us the story of when he met Nelson Mandela.

Backed up with a photo mind as I’m sure many more said they met Mandela than actually did but then I can be cynical sometimes. Back in 1997 when the train had just had a complete overhaul bringing it to it’s current splendour, Mandela and his entourage had taken the inaugural journey from Pretoria to Cape Town. The manager was back then a mere butler but he was very proud of buttling for Mandela.

Note: I really want a Mandela style shirt but could I find one?

Dress for dinner was strictly smart and gentlemen were expected to wear a jacket and tie. Well, I had the jacket but as I don’t have a proper job anymore and the only time I wear a tie is at weddings and funerals, I didn’t have one. Don’t worry the on-board shop would sell a gaudy blue Blue Train tie for £20 or if that’s not for you they are happy to lend you one.

It’s worth noting that the Blue Train website is pretty uninformative and should be improved.

Dinner was a grand affair. There is something fascinatingly luxurious about fine dining while watching the world glide silently by. Our suite, having been turned from a drawing room into a bedroom, was too inviting for a late night at the bar. Sleeping on a train on a comfy bed is an interesting experience. The gentle rocking is very soporific but this only works on the flat. As soon as the train met an incline or an angled turn I found myself tensing. After experimenting, it seemed lying face down with legs spread widely apart was the best way to combat it.

The morning brought us a delicious english breakfast, glorious sunshine and a seemingly never ending view of scrub desert. 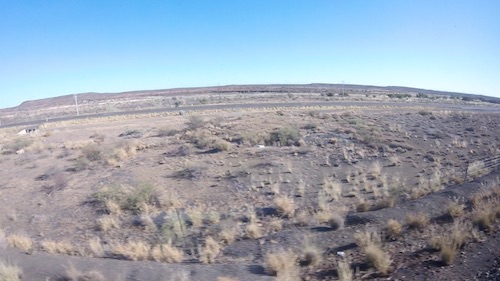 Meet the Karoo.
Thousands of square miles of virtual nothingness split in two by the Swartberg mountain range and, until recent times, a virtually impenetrable barrier to Cape Town.

A quick stop off to refuel 100 miles from Cape Town gave us the chance to stretch our legs. 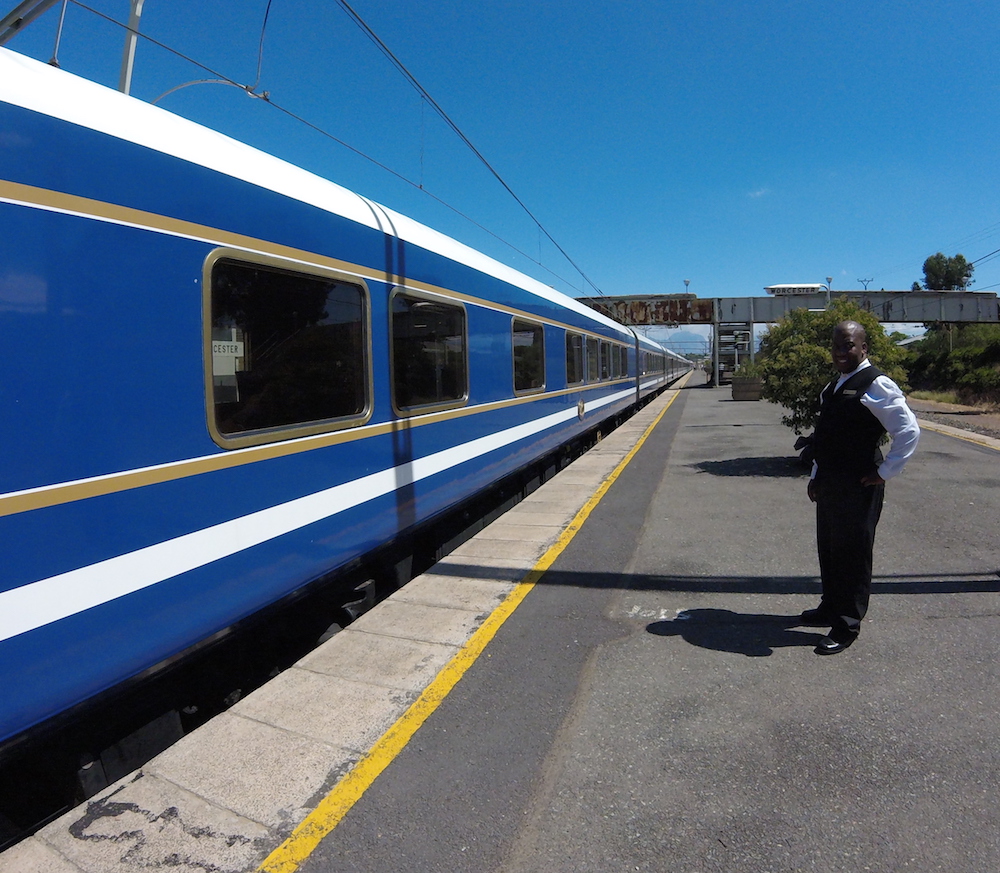 On our approach to Cape Town we were introduced to our first township: a humbling experience.

Our final arrival in Cape Town was very straight forward and were safely met by our transfer. The wonderful crew left you feeling like you were saying goodbye to good friends.

The experience is very much about the train, not the country it is travelling through. It’s a fantastic experience but I wouldn’t want to do it again. Maybe in another country….

Next: Cape Town & The Wine Routes

2 thoughts on “The Blue Train”